Some Basics Facts About Wage Garnishment 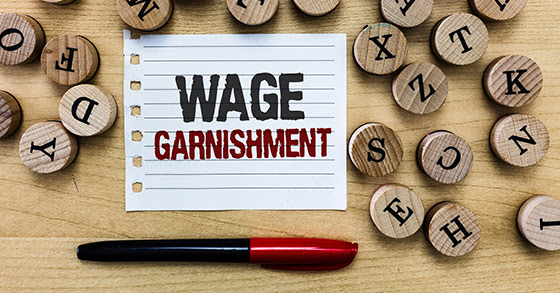 The prospect of having to garnish an employee’s wages isn’t a pleasant thought, yet it’s a situation that many employers face. As with any onerous task, the more prepared you are, the better. Let’s look at some basic facts about the process.

The word “garnishment” is defined as any legal or equitable procedure through which an individual’s earnings are required, under a court order, to be withheld for payment of a debt. This may include:

As a garnishment, wage withholding for child support usually takes priority over the other types.

There are both federal and state laws covering garnishment. For those issued at the state level, the law that’s most beneficial to the employee is generally followed. However, for garnishments issued at the federal level, state law typically takes a back seat to federal law. (Voluntary wage assignments aren’t considered garnishments and, therefore, fall outside the scope of federal law.)

Title III of the Consumer Credit Protection Act (CCPA) is the federal law that controls garnishment. The law limits the amount of an employee’s disposable earnings that may be garnished in any one week. The CCPA also protects employees from discharge because of garnishment for any one form of indebtedness. The law’s purview includes city, county and state employees’ earnings — unless a state law exempts them from garnishment.

For tipped employees, earnings also include cash wages paid directly by the employer and the amount of the tip credit claimed (if any) by the employer. Tips received in excess of the tip credit amount, or in excess of cash wages (if no tip credit is claimed or allowed), aren’t earnings under the CCPA. Lump sum payments may be included in earnings for garnishment purposes. Payments that don’t meet the definition of earnings under the CCPA aren’t protected by the law’s deduction limitations.

Important: As mentioned, the CCPA’s restrictions on garnishment are based on an employee’s disposable earnings. These are the portion of earnings remaining after deductions required by law have been made (not to be confused with “net earnings,” which is the amount left after all deductions have been made). Examples of these deductions include withholding for federal and state income tax, Social Security tax, state unemployment and disability taxes, and deductions required by state employees’ retirement systems.

As you might well imagine, having to garnish an employee’s wages is an often-contentious undertaking fraught with legal risk. Consult an attorney before doing so. For further information about wage garnishment, contact us.